The death of  Dr. C P Wijesinghe who was known to his friends as Channa, in the morning of  nineteenth September brought me a sense of  enormous loss, and a flood of reflections on our  relationship of over fifty years, first as a student in 1969, later as a colleague in the Faculty of Medicine in 1974 and thereafter as a close personal and family friend.

Having  graduated from the University of Ceylon in the late fifties, he had his clinical training in medicine and psychiatry at the General Hospital Colombo and the Mental Hospital Angoda before proceeding to the UK to  complete his postgraduate training in Psychiatry. In the UK he was greatly influenced by the emerging Community Care movement and the psycho pharmacology revolution which led to the closure of asylums, the opening of general hospital units and academic departments in medical schools, establishment of community services and integrating mental health into general health services. Having returned to Ceylon in 1966 he was posted to Kalutara where he started psychiatric services by establishing outpatient clinics in Nagoda and Galle hospitals while carrying out clinical work at Pelawatta Mental Hospital and the Epilepsy clinic at the general Hospital Colombo. It was during this period that two other new initiatives were undertaken by two young psychiatrists Angelo Rodrigo and T Arulampalam who were given the responsibility of establishing psychiatric services in Kandy and Jaffna in mid-sixties. 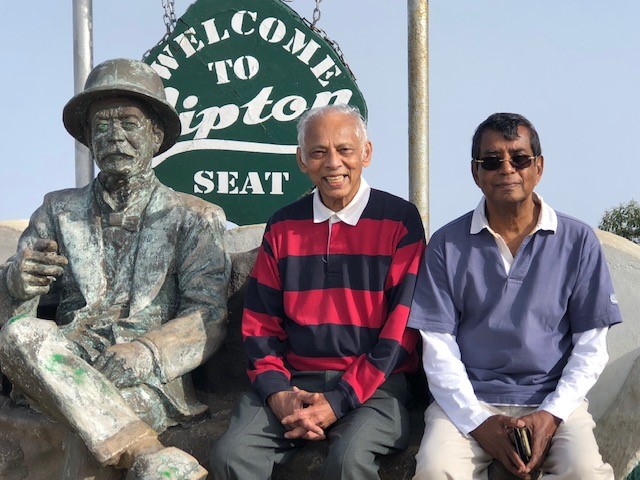 Channa began his academic career in Sri Lanka at a time when there was a discussion on the prevailing status of mental health including social stigma, poor quality care including very high mortality of inmates at the Angoda mental hospital. There was then a lack of provincial services, inadequate  training and little understanding of the extent of mental health problems in Ceylon. All these issues have been highlighted  extensively by several WHO experts over ten years and later included in the  report of the Wickremasinghe Committee of Inquiry appointed by the then government. The mid-sixties was also a period during which there was a more liberal approach by the new government, more positive and an optimistic approach by younger professionals and academics who had just returned after overseas training to undertake new developments in their careers.

Around  the same time initiatives were taken to establish an academic position in Psychiatry in the Medical faculty Colombo to fulfil a recommendation made by the University in the nineteen forties and by the World Health Organisation later. In 1964 WHO requested the Director General of Health to use the mental health project funds to invite a Professor from overseas to establish an academic department. However, the Vice Chancellor at the time Prof Nicholas Attygalle insisted that that the University would find a suitable local candidate for the post and the Dean at the time,  Prof Stanley Dissanayake with the support of  many senior academics got the approval of the University to create an academic position and later a separate department of Psychiatry in the faculty.

Having joined the University initially as a senior lecturer in 1968 and later Professor, Channa’s challenge was the introduction of mental health to the academic programme of the faculty and clinical services at the General Hospital.  Channa had a  comprehensive and a practical approach to mental health. This combined with his commitment, energy, motivation, and his pleasing personality made it possible for him to introduce transformative changes in the field of mental health reflecting contemporary developments. He realised the importance of counsel of other experts including Professors Norman Sartorius, Linford Rees, Morris Carstairs and Julius Hoenig all leading international figures who visited Sri Lanka at the time to establish high quality programmes based on contemporary practices given the limitations of resources. He got the support, blessings and encouragement from the senior faculty members including Professors K Rajasuriya, P  Soysa,  K Senevirathna and N Lionel to bring   mental health to the mainstream of medicine in the faculty. He was able to work closely with a wider group of people outside the university including senior colleagues  Sathkunanayagam, Mankulasuriya and Nadarajah to develop and sustain programmes of high quality to achieve excellence in Sri Lanka and in the Asian region. 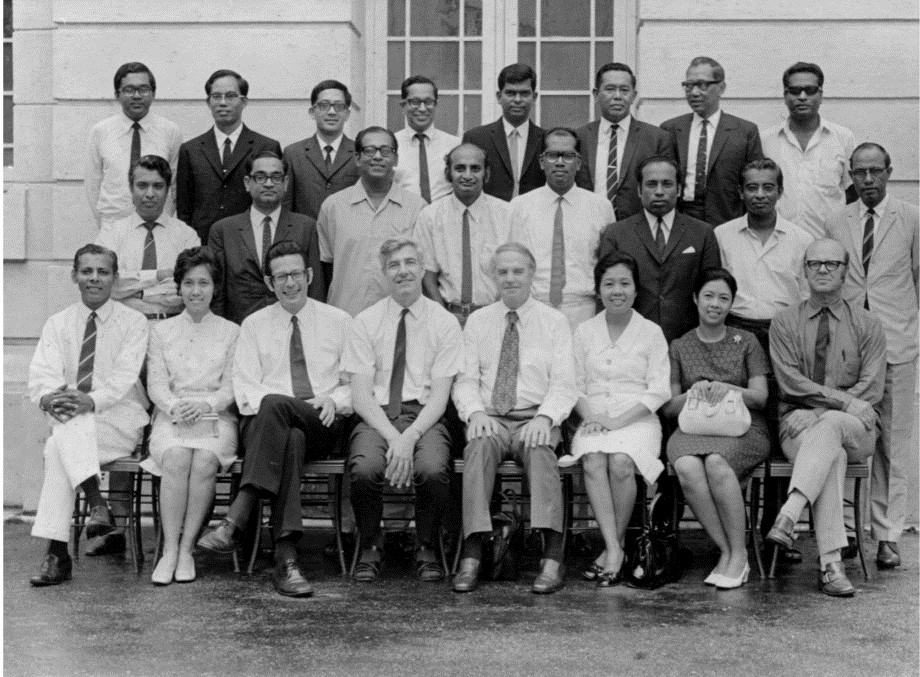 Based on the thinking at the time his initial task was to develop an undergraduate programme to impart knowledge and skills in mental health and behavioural sciences needed for general medical practice.  He creatively initiated a two-week training programme in and a course in behavioural science in 1969 to replace the few hours of teaching at Angoda, a practice that had been going on for many decades.   To keep the interest of students he often began teaching with clinical examples of patients presenting with medical manifestations and went on to explain the related psychological factors.  I was privileged to be in his very first batch of students.  He initiated a more structured postgraduate training in psychiatry, which at the time was in a rudimentary state.  Very soon the clinical training programme was initiated in the newly established clinical facility in the hospital and many new features such as weekly seminars were introduced. Other aspects of the training programme including maintaining a library, conduct of journal clubs, clinical meetings, and consultative meetings in mental health of high quality were begun and carried out with local and foreign contributions. His inspiring, refreshing and friendly teaching sessions attracted a large number of students,  colleagues, psychiatrists, medical practitioners and guests.

Though coming from a medical background, he was very responsive to psychological issues with an eclectic approach. He was a clinician with extraordinary skill who showed the importance of mental state assessment with emphasis on conducting a good interview to interpret mental  phenomena.  As a clinician he made every attempt to understand the patient needs and responded in a positive manner with empathy. The establishment of a clinical facility in the old building used for animal dissection  at the General Hospital in 1970 with a range of modern services including inpatient, day-patient for males and females with interview rooms, patient library, recreational facilities with new clinical interventions by trained staff was a major development. Very soon the clinical facility known as ward 59 became the center for many other mental health related activities for self-groups, training programmes and advocacy activities.   Within a short time, large numbers of people gravitated towards the facility seeking relief, including a large number of referrals from specialists from the Colombo group of hospitals thus opening up the branch of liaison psychiatry formally. The establishment of a clinical facility with multifaceted activities  was pioneering and exciting work given that care was, at the time, mainly confined to inpatient treatment with physical methods at the Mental Hospital, Angoda. 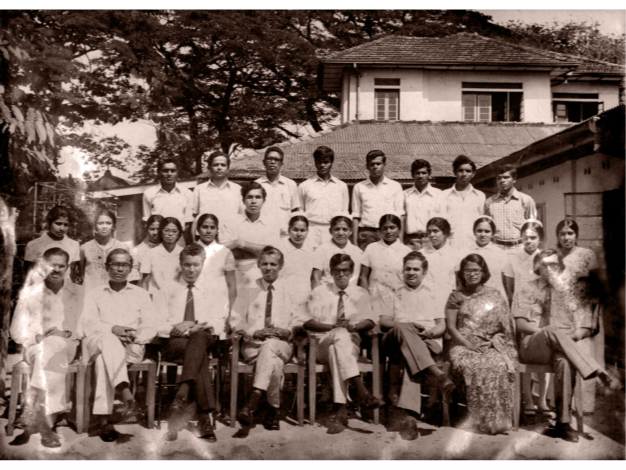 Farewell to Prof Channa Wijesinghe by the staff at University Psychiatry unit in 1975 Channa fourth from the left with the author left of him.

He conducted a number of studies including an epidemiological survey to determine the morbidity patterns of mental illness in Sri Lanka which was cited by many authorities. He also conducted his administrative duties meticulously and played a major role in reviewing the teaching programme of the faculty at the time. Channa played a prominent role in establishing professional colleges in the sixties. He inspired, guided and helped his trainees, patients and others to realise their potential in the chosen area. He was an extremely busy person spending most of the time in the Hospital or the Faculty and he was most relaxed on a Sunday morning when all the staff and the trainees would meet to discuss clinical and other issues.

Within a short span of less than ten years his initiatives in Colombo led to a significant positive impact on public perception of mental health, less stigmatization, expansion of community-based services, more integration of mental health to academic and professional practices and attraction of better quality personnel in greater numbers to undertake professional careers in mental health. These were very significant accomplishments which laid the foundations for future mental health developments in Sri Lanka. Amidst the political and economic difficulties in the seventies many mental health professionals, trainees and academics decided to leave the country thus crippling the efforts to revitalize the field at the time. In 1975 one year after I joined the Department of Psychiatry as a lecturer Channa moved to Australia leaving a big vacuum in the department.

Since then he worked there as a consultant psychiatrist until his retirement more than a decade ago. While in Australia he continued to be closely associated with postgraduate training and administration including working closely with the Medical Council of Victoria. He visited Sri Lanka often and took part in several academic activities towards the progress of psychiatry.

Channa was a very friendly person beaming with warmth, happiness, optimism and fun. He had a great sense of humour and generosity, and a positive approach to life and he could put anyone at ease and also diffuse tension in a complex situation. His dependable nature, loyalty, trustworthiness and the direct approach  attracted many including trainees and most of these led to long-lasting relationships. Being a generous and fun-loving person Channa often organized and hosted social gatherings where possible with Malkanthi his late wife in Sri Lanka, Australia and even in other parts of the world leaving memorable experiences for those who attended them.

He was my mentor and inspired me laying the foundation for my career in psychiatry, and with time our relationship continued to grow at professional, personal and family levels. I have made every effort to develop mental health activities in Sri Lanka based on the  foundations he laid while almost all the other trainees and colleagues have either left the country or are not among the living. He was very proud to see the subsequent developments in the Department of Psychiatry with the broader vision which led to a change of name of the department from psychiatry to psychological medicine, greater emphasis on integrating mental health into general health, establishment of community services, extending the clinical training for a longer period  and also making psychological medicine a separate subject at the final examination in 1994 under my leadership. He donated funds to award a gold medal in his name for the student who got the highest marks in Psychiatry at the final examination. Later he contributed additional funds earmarked for deprived students of the Colombo Faculty  in memory of his late wife Malkanthi.

It was a great pleasure for me and my wife Kamini to host Channa and his son Ajith at our house in Diyatalawa in 2018. He was happy to be with us and we visited many interesting places in the area including his former primary school Glendale in Bandarawela which kindled fond memories of his childhood. His health began to deteriorate a few years ago and he  left us peacefully in his sleep.

Channa, was a very good person with humane qualities who enjoyed his life to the fullest, in his own unique way helping others where and whenever possible. As a leader he made a significant difference to mental health during his working years by highlighting the need to focus attention on a hitherto largely neglected area of health in Sri Lanka. I convey my deepest condolences to his four sons as I remember Channa with gratitude for all he was and has given me, and towards the development of mental health in Sri Lanka.