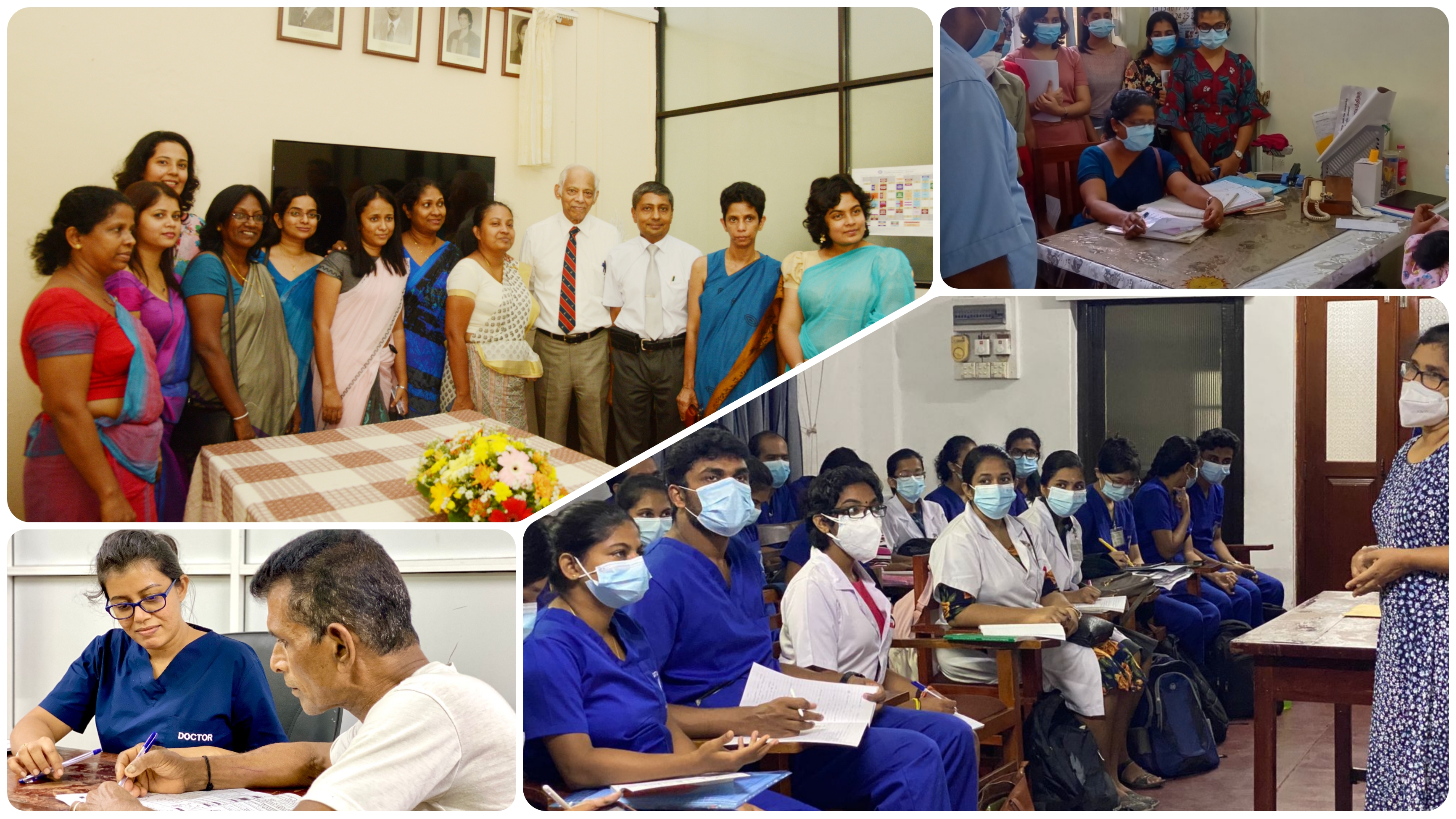 The Department of Psychiatry at the Faculty of Medicine, University of Colombo, is a pioneering institution in the teaching of psychiatry to medical students of Sri Lanka.

In the mid-sixties, Prof. Stanley Dissanayake, the Dean, gave effect to the longstanding proposal to establish an academic department of psychiatry. Dr Channa  Wijesinghe was appointed initially as a senior lecturer in psychiatry, attached to the Department of Medicine in 1969 and in 1970 to the Chair of the newly established Department of Psychiatry. A charming and witty personality with superb communication skills he set about putting psychiatry on the map in the NHSL as well as the Faculty.

The department has led the way in undergraduate and postgraduate psychiatry training. In 1995 with the curriculum revisions a separate Mental Health Module and two months of clinical attachments were introduced. Due to the initiative of the department,  the Colombo medical faculty was the first to have a separate paper and clinicals in psychiatry with a dedicated professorial appointment. A recent landmark was the incorporation of psychiatry into the common merit again brought about and established due to the commitment of the department.

The University Psychiatry Unit (UPU) in National Hospital Sri Lanka (NHSL) is the clinical arm affiliated to the Department of Psychiatry. The UPU is the liaison psychiatry unit for the NHSL, the largest hospital in the world with over three thousand beds.

It was in 1969 that Dr Channa Wijesinghe, was asked to create a University Psychiatry Clinical Unit in the NHSL. He was offered the choice of three sites The Khan memorial ward, a ward in the NHSL and a building belonging to the University of Colombo, the abandoned Anatomy block of the Department of Veterinary Science which has been relocated to the University of Peradeniya. He chose the third option. And after being refurbished for the then considerable sum of Rs 60,000 the University Psychiatry Unit was opened for the admission of psychiatry patients in 1971. The joint clinical meetings organized in ward 59 were popular and attended by the majority of NHSL consultants.

Dr Channa Wijesinghe was ably assisted by Padmal de Silva the first clinical psychologist of the department. An enthusiastic psychologist he went about setting up a psychology unit with cutting edge technology. At his own expense he obtained a GSR sensor for teaching patients relaxation with biofeedback and a special pressure sensitive pen for treatment of patients with writer’s cramp. A well-read man he left behind his large library of books on psychology when he migrated to the UK to join the Psychology department of the Institute of Psychiatry. There he would attain international acclaim as an authority on obsessive compulsive disorder. But in his short stay in the department he established the unit as a centre of excellence for behaviour therapy.

Prof Channa Wijesinghe left prematurely in 1979 to become an Associate Professor of Psychiatry in the University of Monash Australia. His departure left a vacuum that was hard to fill. Prof. S.A.W. Dissanayake was appointed to the Chair in 1976. An academic post for child psychiatry was created in 1978. The next generation of psychiatrists came back fresh from their training in the UK. Dr Anula Nikapotha established the first Child Psychiatry Unit in the country in a little outhouse in the lady Ridgeway Hospital. Later this unit was expanded by Prof Hemamali Perera into the premier Child Psychiatry Unit in the country with inpatient beds and a dedicated autism assessment unit, the first in the country. Until recently this was also the only child psychiatry unit accredited for MD training in psychiatry.

Two other psychiatrists who joined the unit at the time were to make significant changes to the face of psychiatry in Sri Lanka. They were Dr Nalaka Mendis and Dr Diyanath Samarasinghe.

Prof. Nalaka Mendis started the first Day Care Unit in Psychiatry in Sri Lanka. Unlike in other medical specialities day care is preferred to in patient care. Day care reduces stigma and enables patients to be given sophisticated therapies necessary in conditions such as OCD without the need for overnight admission. Later Prof. Nalaka Mendis also introduced the multidisciplinary care team (MCT) system again for the first time in Sri Lanka. This the standard method of management now in developed countries. Rather than management being medical and consultant centred the MCT receives input from different mental health care professionals: Nurses, occupational therapists, social workers and psychologists all contribute to making comprehensive management plans for patients with complicated psychiatric problems with medical, social and psychological issues. Prof. Nalaka Mendis was deeply concerned with the social aspects of psychiatry care. He was instrumental in setting up the NGO Sahanaya that caters to the long-term rehabilitation needs of patients with chronic psychiatric disorders, mainly schizophrenia. In the early years the UPU provided medical and psychological inputs put to Sahanaya and many registrars and medical students learnt the social and community aspects of psychiatric care during their visits to Sahanaya. Later the UPU developed its own community psychiatry clinics in collaboration with the Colombo Municipality and currently there is a dedicated consultant who supervises these clinics and provide exposure to community care for medical students and registrars.

Prof. Diyanath Samarasinghe’s interest was in the alcohol, tobacco and drug use disorders. Due to this a generation of doctors were sensitised to this problem. In addition, his teaching on how the alcohol and tobacco industry manipulated public policy came as a revelation to many young doctors. Some have now taken on his mantle and continued his relentless campaign against these companies. Dr Mahesh Rajasuriya, a senior lecturer of the UPU is now the Chairperson of ADIC an organisation dedicated to disseminating information on alcohol, tobacco and drug issues. He has also set the up the Centre for Combating Tobacco (CCT) in the Faculty of Medicine of Colombo to monitor the tobacco industry activities in Sri Lanka.

The UPU has also been in the forefront of using the latest of techniques and medicines in the treatment of psychiatric disorders in Sri Lanka. We were one of the first units to start using the latest pulse wave ECT machines with stimulus dosing in Sri Lanka. With a comprehensive protocol for consent, assessment and safety of patients with the generous support of the anaesthetist team of the NHSL we have had zero mortality for ECT in the last 40 years.

The UPU was the first in Sri Lanka to develop a dedicated liaison unit with a consultant in charge. It offers psychiatric care and advise to the many speciality units in the NHSL. Assessing around 250 to 300 patients a month it is probably one the largest such units in the world. By contrast the largest dedicated liaison unit in Europe sees 150 to 200 patients a month.

The UPU with the largest number of psychiatry teams have trained the highest number of postgraduate trainees to date and many senior consultants in psychiatry here and overseas owe their training to the UPU Colombo.

Through the last half century, the Department of Psychiatry has contributed immensely to the development of psychiatry in Sri Lanka and we the current generation of academics are working with dedication to carry the torch to the next generation and fulfil our obligations to the students and trainees in psychiatry as well the patients with mental disorder in Sri Lanka. 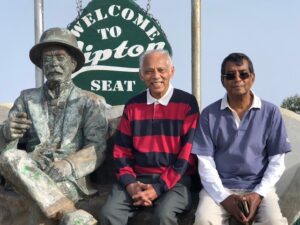